One of the nicest events of the annual series of importer tastings is when Tryffelsvinet (a Swedish importer) presents the wines of Comte Georges de Vogüé with Jean-Luc Pepin. Comte Georges de Vogüé is a highly regarded Burgundy producer in the village of Chambolle-Musigny with 12.5 ha vineyards, of which 9.9 hectares are located in the grand cru vineyards of Musigny and Bonnes-Mares. With 7.2 hectares, de Vogüé is, with a wide margin, the largest vineyard owner in Musigny, which usually gives the most elegant and perfumed red grand cru wines in Burgundy.

In addition, their premier cru-possessions include 0.56 ha of Chambolle-Musigny Les Amoureuses, which is part of a handful of premier cru vineyards that everybody considers to be grand cru quality. The average level of vineyards they own is therefore very high.

A special feature of de Vogüé is that their Musigny is called Musigny Vieilles Vignes – “old vines”. For this wine, only vines 25 years or older are used. The average age is usually over 40 years. Vines under 25 are downgraded to premier cru level and to Chambolle-Musigny Premier Cru and are sold for about a third of the price of the Musigny.

2016 was a vintage that had all the challenges of Burgundy, and the volumes produced were therefore small. The wines produced are therefore available in a smaller volume than usual (with higher prices as a result), but what was produced was definitely of high quality. The red wines of the 2016 vintage are dominated by a strong acidity but show good grape maturity. If we go up the quality scale, it means that the wines require long cellaring. You can possibly compare it in style with 2013, but I think 2016 is better. However, they are very different from the 2015s, which was a ripe and approachable vintage, and they are probably requiring more ageing than 2014, which was a more classic vintage. This applies both to red Burgundy in general and to the wines of de Vogüé.

In 2016 De Vogüé suffered losses of 60-70% in Musigny, 40% in Bonnes-Mares and 20-30% in Les Amoureuses. In the vineyards normally used for their village wine from Chambolle-Musigny (mostly small holdings of premier cru vineyards), they almost lost the full harvest. De Vogüé will therefore not sell any Chambolle-Musigny 2016. In addition to the wines we tried, a Musigny Blanc was also made.

Nose with good concentration of ripe cherries, violet and other flowers in combination with perfume, mineral. The scent is very elegant, dominated by perfume and berries. Taste of cherries (Morello) with good concentration, high acidity, some cranberries, clear mineral tones, some green apples in the middle and an aftertaste dominated by minerals. Distinctly young today. The taste has a tight-astringent character while the nose is generous, so this is a wine that needs time.

In this vintage, the premium cru wine is the most closed at the moment, although the quality and potential are undoubtedly there.

Nose with good concentration of mature dark cherries with hint of blackberries, hint of liquorice and tar, violet and other flowers as well as perfume. The nose is very elegant and powerful. Taste of cherries (Morellos) with good concentration, high acidity, some cranberries, sweetish berries in the middle, rich mineral tones and a really long aftertaste with a lot of mineral. A young wine that needs time, tight-astringent style but still fairly approachable.

Les Amoureuses is often considered as of grand cru quality and this wine is no exception. It shows a bit darker tones than the premier cru wine and is more approachable at the moment.

Bonnes-Mares always deviates slightly from the other Vogüé wines by being in a more powerful and approachable style. This also applies this year. The wine shows darker tones than the two premier cru wines, especially on the nose, but it is also less floral. Although this wine is a bit rough now, my experience is that it opens up earlier than the other premier crus / grand crus from de Vogüé.

Enormously elegant and integrated nose with mature cherries, including dark cherry, distinct violet and perfumed tones, mineral with a certain mint character. The flavour shows a rich aroma concentration and aroma intensity with mature dark cherries, some morellos, some cranberries, high acidity, clear mineral tones with chalkiness, relatively distinct tannins, a presence of perfume and some oiliness in the taste. Aftertaste with berries, mineral and perfume. Young. A really big wine that needs time.

As always, Musigny Vieilles Vignes is the most powerful wine in the series, while it also is extremely elegant, which is exactly the type of wine that the vineyard is supposed to give. This is simply one of Burgundy’s great wines. In the aroma, there is some resemblance to the premier cru wine but with more intensity, and significantly greater concentration and generosity in flavour, which, paradoxically, makes Musigny Vieilles Vignes more enjoyable in its youth, while it is a wine with a very significant ageing potential. The aromas are probably a bit brighter than in Les Amoureuses, but even there the intensity is quite different.

We also tasted two wines from an older vintage, from the powerful 2009. These are bottles that have been kept seven years at the producer’s before being sold, something that nowadays is unusual for top producers in Burgundy.

Bonnes-Mares 2009 is not as dark in its aromas as the wines often are when young, and is more developed and approachable than the Musigny VV 2009.

Big nose with a distinct character of berries, of cherry and ripe strawberries, white flowers, violet and perfumed. A somewhat more mature character, but still mostly youthful. A very elegant yet powerful nose that indicates a really big wine! The taste has a high concentration of ripe cherries in combination with mixed red berries, very intense mineral character with a certain amount of mint, good acidity, well-integrated tannins. Aftertaste with berries and minerals. A big wine with a really big nose, halfway to being fully mature, and can develop more.

2009 was an excellent year in Burgundy, a little bit warm with powerful wines from ripe fruit. It is, therefore, a vintage that has a quite different style from 2016. Musigny Vieilles Vignes 2009 shows a cooler style than you could expect from the vintage and has less berries and is younger in style than Bonnes-Mares 2009.

Read more on this producer on BKWine Magazine:

Tomas Eriksson is one of the contributors on BKWine Magazine. He is active in the wine tasting association AuZone in Stockholm and in Munskänkarna, where he sometimes holds wine courses. Tomas also runs a blog called Vintomas.

Burgundy tastes is best in Burgundy! Come on a wine tour to Burgundy with BKWine and you will taste many exceptional wines.

Travel to the world’s vineyards with wine experts and the wine tour specialist. 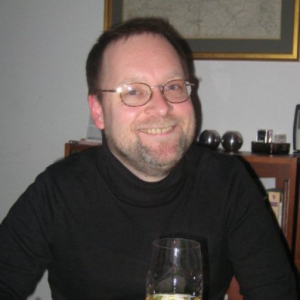