Scrummed into the wine industry by family friend, wine pioneer and rugby legend Jan Boland Coetzee, Pieter traveled to Champagne after completing studies in microbiology and plant sciences at the University of Pretoria. There, Ferreira’s scientific mind and winemaker’s heart quickly grasped the complexity, nuance and appeal of Méthode Champenois. Upon his return, Ferreira  joined Graham Beck Wines in 1990, charged with launching visionary owner Graham Beck’s flagship sparkling wine. It’s been a bubbly ride ever since.

Pieter Ferreira: When we first started producing our sparkling wine in South Africa, we used the Méthode Champenoise, but then Champagne’s CIVC (the champagne producers’ lobbying organisation) announced they’d be restricting  usage of the term Méthode Champenoise by 1995.

By the early 1990’s, the MCC Producers Association totaled 14 producers. We realized that we couldn’t use the Méthode Champenoise descriptor, so devised Méthode Cap Classique to avoid being rapped on the knuckles by CIVC. By the way – today we have 80 members!

Do you have any particular Champagne house(s) or region(s) that inform your own sparkling wine production methods?

My divine inspiration is Champagne, and it remains my main place for finding inspiration.

I enjoy the diversity of Champagne, from pinot noir in Montagne de Reims and Côte des Bar, to pinot meunier in the Vallée de le Marne, and chardonnay in the Côte des Blancs. I like it all.

Here in South Africa, I’d have to say our Graham Beck Blanc de Blancs is my favorite style.

Talk about the limestone of your Robertson vineyards & soils of Firgrove Farm versus the limestone and chalk of Champagne – how do South Africa’s soils differ from region to region, and what unique flavor profiles do they impart in your Méthode Cap Classique?

Chardonnay here in Robertson tends to be more forgiving, and more diverse – it’s different limestone than the limestone of Champagne. It’s our primary source, but we source from five areas in all. I also work with other soil types in these other areas, including decomposing granite, sandstone, and decomposing shale. But Robertson gives Graham Beck MCC its backbone of minerality. We know what Robertson gives, but we also know we can’t be successful without other areas.

Our second area of interest is Darling on the west coast, fifty miles north of Capetown. Darling is considered a cool climate – it’s five miles from the Atlantic Ocean, which is one of the coolest oceans, which ensures a cool atmosphere for the grapes in that area.

For the third source, Graham Beck used to own two farms in Stellenbosch, where we get most of our pinot noir. About two-thirds of the grapes we get from here are pinot noir, plus a small block of chardonnay, which provides a more mid-palate structure.

Our fourth source draws from Elgin, which is on a plateau, and a cool climate. We get some pinot noir here, and south in Stanford, which is two miles from the Atlantic ocean.

In the other geographical areas where we consistently source, we control  blocks of vineyards, and have long-term autonomy on pruning, production, crop level, decisions on harvesting.

Do you strive for a ‘Graham Beck ‘House style?

Over the years, I’ve worked to develop a house style at Graham Beck. In my early years twenty-seven years ago, I had an idea of what the region could be.

In South Africa, we have plenty of abundant sunshine. So I’ve chosen to pursue a house ‘aperitif’ style, with chardonnay for elegance and freshness, and pinot noir for balance and weight, that pairs well with our local cuisine. Over the years, we’ve also tried to focus on consistency and quality.

In 2017, we started with 120 different base wines. We follow these base wines for three months before blending, and by April or May, we start doing our selection process.

We’re a little like the grower Champagne producers – Graham Beck grows 80% of our grapes, but sources 20% from other growers. Graham Beck grows every single block to potential, producing for non-vintage, vintage, and prestige Cuvée Clive. Even though we can declare a vintage ever year, we don’t always do so.

We have grapes in other towns, while they Champagne has grapes in other villages. And even though we don’t produce everything, Graham Beck has our own destiny in our own hands, because even the 20% we buy from other producers are treated as our own.

The nice thing I see from how grower champagnes differ from major houses is that they have their destiny in their own hands, and are brave about doing things like zero dosage.

Have you ever consider delving into other varietals such as pinot meunier, in addition to chardonnay and pinot noir, for Graham Beck Méthode Cap Classique?

South Africa doesn’t have frost in spring, so we don’t have much pinot meunier. Right now, the country has about fifty acres planted to pinot meunier, and only one clone.

But for the last four years, I’ve been been buying and sourcing out of curiosity, and I’ve found that using just 2% in the blend changes the flavor.

However, our customers still have a little bit of brand loyalty when they get their sparkling – they tend to pick up the flavor they like. The pinot meunier changes this – it gives it a smokey taint. We don’t want to be the ‘new kid on the block’ and change things too much.

What are some farming practices unique to Graham Beck Wines?

In South Africa, biodiversity is an initiative run by Wines of South Africa (WOSA). What this means is that you respect the local flora and fauna when farming. While we’re not organic or biodynamic, our proprietor Graham Beck always insisted, “put nature first. Tread lightly on the planet.”

We do use automatic weather stations, which helps us determine the best time to irrigate, and when to not. Also when to spray – we try to minimize our spray practices, and minimize the use of phosphates. We try to use natural fertilizer, and grow our own organic medium to help aerate soils through our irrigation water.

In South Africa, Graham Beck is considered champions of biodiversity, and our labels contain this information. Our goal is to be greener through preventative measures.

Talk about your master class stemware, something you’ve invested a lot of work developing.

Yes. We worked with Gérard Liger-Belair, an expert in effervescence and oenology at the University of Reims Champagne-Ardennes, to understand the dynamics of the flute vs. bowl. We discovered that with the flute, the bubbles travel up, but with the bowl, they open up more. Using a high-speed camera, it captured the bubbles expanding from where it nucleates to where it rises to the top, and shows that flavors run off the glass. So you miss the character, and you miss the full fruit flavors. But the tulip bowl expands the bubble area, increasing aromatics.

In South Africa, we’re not that spoiled in local quality stemware, so we worked with bigger names outside the country, and came up different glasses that best reflect our wines.

Here’s a video with Pieter Ferreira presenting his glasses.

What motivates you to keep innovating?

Well, my nickname is Bubbles – I have bubbles in my blood – so that must be a good driver? If I quickly go through my twenty-seven years at Graham Beck, I can say the brand has come full cycle. It started as a sparkling wine producer, grew to make many still wines, which came to critical mass – we were trying to be everything to everyone. So two years ago, we decided to go back to what we do best – Méthode Cap Classique.

It’s a little like being back at nursery school, now that the sideshows have been taken away, it’s now a matter of finding the gaps. From a quality point of view, it’s the best decision we’ve ever made, because it’s opened another tier for the bubbly.

In the future, we’d like to start looking for single vineyard or specific variety bottlings. We’d also like to do a late degorgement for ten to twelve years on the lees before release.

Anything you’d like to share about the team of assistant winemakers you have working with you at Graham Beck?

Well, I’ve definitely got the ‘A Team’! We’re a handful of six completely dedicated guys with about 100 years collective experience. Van Klerk is hopefully in line as my successor – he’s learning to eat, sleep, drink bubbles.

Anything else you’d care to share with readers about Graham Beck Méthode Cap Classique?

Finally, if your experience as as producer of Méthode Cap Classique in South Africa has taught you anything, it’s taught you…?

LM Archer is a freelance writer based in Santa Cruz, California. She is Francophile who considers wine an art and Burgundy the centre of the universe. She is the founder and editor of binNotes | redThread.

[box type=”info” style=”rounded” border=”full”]This is just one of a sea of talented winemakers that are today working in South Africa. Come and discover the fantastic wines of this exciting country on a wine tour to South Africa with BKWine.

Travel to the world’s wine regions with the wine experts and the specialist in wine tours.

Wine tours by the experts for the wine lover. BKWine wine tours.[/box] 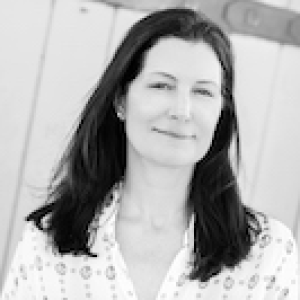